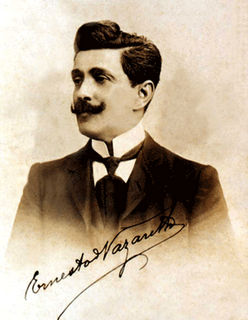 We had the message below from Alexandre Dias, the complete Ernesto Nazareth Discography has just been uploaded at the IMS website. A most comprehensive work is now available here.
"It is with immense joy and pride that I inform that Ernesto Nazareth is the first composer in the world to have his discography entirely available online. At the website www.ernestonazareth150anos.com.br - discography section ("discografia/gravações") an extensive table is available, which catalogs around 2.500 recordings of Nazareth's compositions made from 1902 to the present, in the whole world. And to make the catalog richer, 2.043 recordings are available to be listened instantly on stream (downloads are not available). You just have to click on a line, and the player will appear. Then click on the play button.
There we have the first Brazilian 78-RPM recordings ever made, in the first decade of the 20th century by legendary Casa Edison, with the military bands and some of the first choro ensembles, going through Nazareth's own recordings, the explosion of his music in 1914 in the U.S. and Paris, the transition period in the 1940s with American influences, the first anthological LPs from the 1950s with Jacob do Bandolim, Radamés Gnattali and Carolina Cardoso de Menezes, the popular singers, his great re-descovery by the pianists Eudóxia de Barros in 1963 and Arthur Moreira Lima in 1975, which led his works definitely into the concert halls, entering the CD era with espectacular arrangements for the most diverse instrumentations, including symphonic orchestra, in a time which Japaneses, Americans, Frenchs, Norwegians, Uruguayans, Canadians, Icelanders, Brazilians, and many others, record him, showing the long reach of his works.
This is a previously unpublished research which I've been doing for the past 13 years, which shows that Ernesto Nazareth is one of Brazil's most recorded and cherished composers. To see it made available represents a more-than- dream, which was only possible thanks to the extraordinary vision of Instute Moreira Salles, represented by Bia Paes Leme and Paulo Aragão, also coordinators of the website.
Help us spread the word about it. I wish you all a deep dive into the universe of Nazareth's discography, and that you may always marvel yourselves with the possibilities of his music.
Cheers,
--
Alexandre Dias 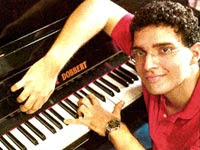 Congratulations to Alexandre Dias and the staff at IMS for managing a great work!
---
Jo
No comments:
Email ThisBlogThis!Share to TwitterShare to FacebookShare to Pinterest
Newer Posts Older Posts Home
Subscribe to: Posts (Atom)